Lord Leverhulme – Masonry and the Man 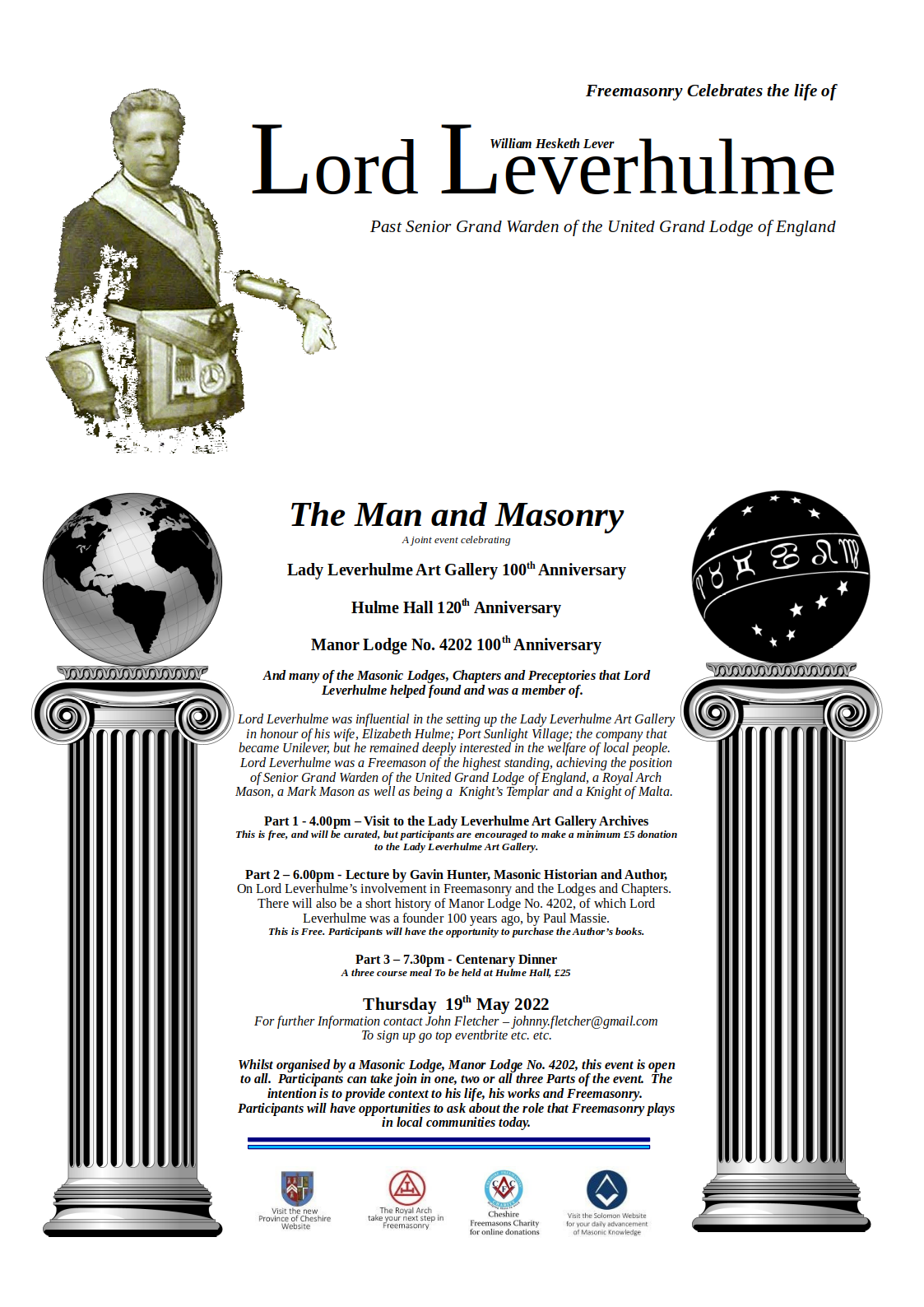 The Man and Masonry

And many of the Masonic Lodges, Chapters and Preceptories that Lord Leverhulme helped found and was a member of.

Lord Leverhulme was influential in the setting up the Lady Leverhulme Art Gallery in honour of his wife, Elizabeth Hulme; Port Sunlight Village; the company that became Unilever, but he remained deeply interested in the welfare of local people. Lord Leverhulme was a Freemason of the highest standing, achieving the position of Senior Grand Warden of the United Grand Lodge of England, a Royal Arch Mason, a Mark Mason as well as being a Knight’s Templar and a Knight of Malta.

This is free, and will be curated, but participants are encouraged to make a minimum £5 donation to the Lady Leverhulme Art Gallery.

On Lord Leverhulme’s involvement in Freemasonry and the Lodges and Chapters. There will also be a short history of Manor Lodge No. 4202, of which Lord Leverhulme was a founder 100 years ago, by Paul Massie.

This is Free. Participants will have the opportunity to purchase the Author’s books.

A three course meal To be held at Hulme Hall, £25