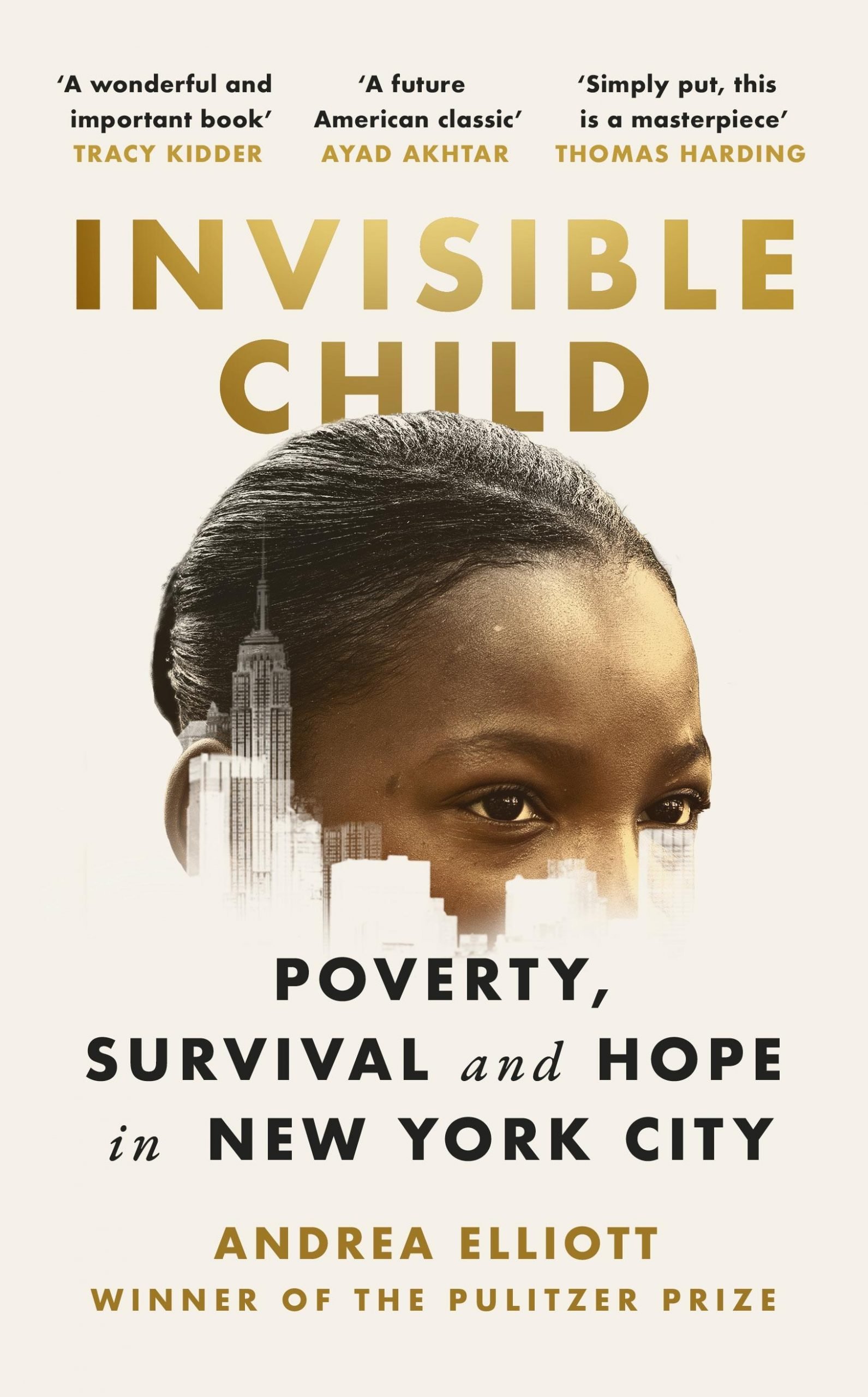 Described as Obama book of the year, Andrea Elliott with her first book Invisible child

Barack Obama: Books of the Year

‘Invisible Child is hands down the best book I have read in years. Astonishing, remarkable, shocking, powerful, gripping, compelling. All of these words apply and more. This is a book of immense importance.’ Thomas Harding, author of Legacy and Hans & Rudolf

‘This book is so many things: a staggering feat of reporting, an act of profound civic love, an extraordinarily moving tale about the fierceness of family love, and above all, a future American classic.’ Ayad Akhtar, author of Homeland Elegies

‘a classic to rank with Orwell’ Christina Patterson, Sunday Times

‘This is non-fiction writing at its best – uncluttered, evocative and well-researched’

‘A gripping and propulsive work of narrative non-fiction’ Financial Times

‘Invisible Child unflinchingly reveals huge systemic inequality, with rich and poor living cheek by jowl yet worlds apart… [an] important, powerful book, which makes the invisible world of homelessness vividly visible – and offers a heartfelt clarion call that every human being deserves a home.’ Anita Sethi, I Paper

Based on nearly a decade of reporting, Invisible Child follows eight dramatic years in the life of Dasani Coates, a child with an imagination as soaring as the skyscrapers near her Brooklyn homeless shelter. Born at the turn of a new century, Dasani is named for the bottled water that comes to symbolise Brooklyn’s gentrification and the shared aspirations of a divided city. As Dasani moves with her family from shelter to shelter, this story traces the passage of Dasani’s ancestors from slavery to the Great Migration north. Dasani comes of age as New York City’s homeless crisis is exploding. In the shadows of this new Gilded Age, Dasani leads her seven siblings through a thicket of problems: hunger, parental drug addiction, violence,

housing instability, segregated schools and the constant monitoring of the child-protection system. When, at age thirteen, Dasani enrolls at a boarding school in Pennsylvania, her loyalties are tested like never before. Ultimately, she faces an impossible question: What if leaving poverty means abandoning the family you love?

ANDREA ELLIOTT is an investigative reporter for The New York Times and a former staff writer at the Miami Herald. Her reporting has been awarded a Pulitzer Prize, a George Polk Award, a Scripps Howard Award and prizes from the Overseas Press Club and the American Society of News Editors. She has served as an Emerson fellow at New America, a visiting journalist at the Russell Sage Foundation and a visiting scholar at the Columbia Population Research Center, and is the recipient of a Whiting Foundation grant. In 2015, she received Columbia University’s Medal for Excellence, given to one alumnus or alumna under the age of forty-five. She lives in New York City. This is her first book.