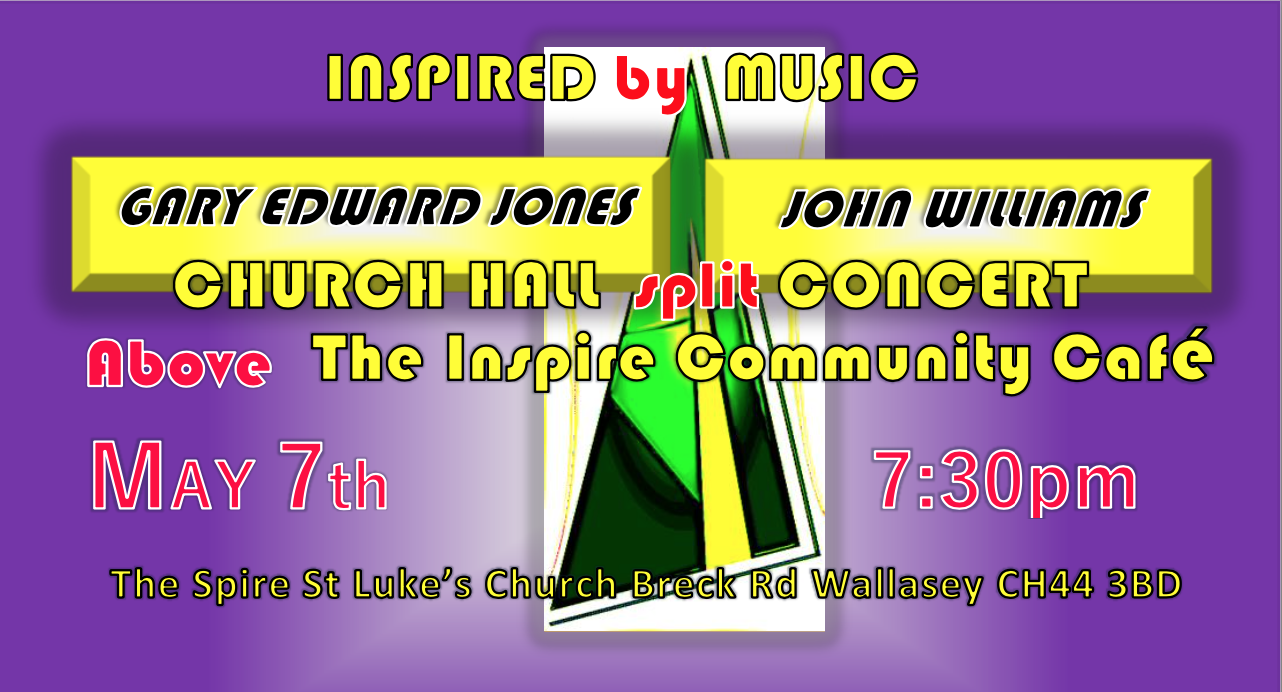 Gary Edward Jones the Star of “Something about Simon” The Paul Simon story, and the creator /director of “Something about George” The George Harrison story. Gary is an amazing singer songwriter in his own right with his debut album “The Cabinet Maker” rising to the top of the Radio Caroline charts.

John Williams and his incredible carbon fibre Cello Mandolin, custom built @ Emerald Guitars in Ireland, his instrument has to be heard to be believed, Johns mixture of original and covers by some of the cream of American folk and roots artists translated on Johns Cello Mandolin and Tenor guitar are a treat.

Johns debut album “Six of Ten” nearing 17,000 hits in its first 2 months on Spotify and other streaming sites.

Gary and John together on this split concert of beautiful music within St Lukes Church Hall, one of the best acoustic spaces in town! this really is a “must see concert” brought together for one night only by “The Inspire Community Cafe” who will be serving bottled beers and refreshments throughout the evening. We look forward to seeing you on May 7th, get you tickets early! 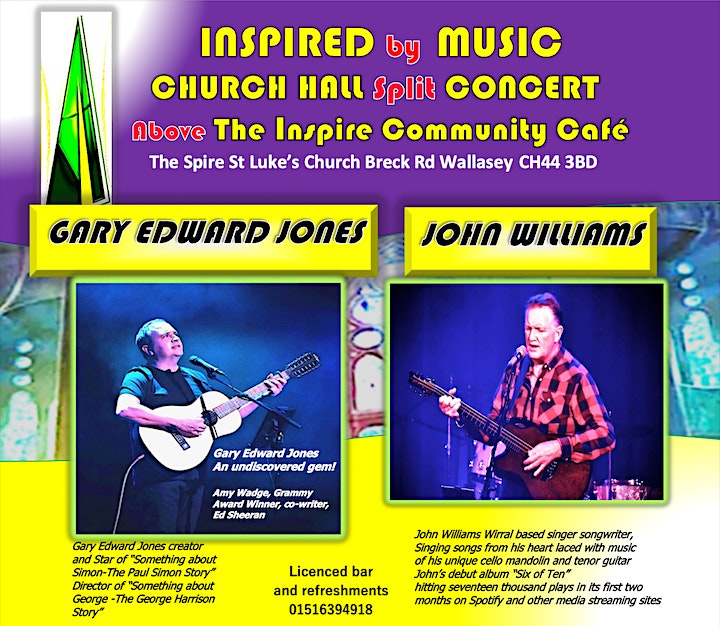